Earlier this month Mission Blue launched a Hope Spot expedition to the Gulf of California, a very special area of the world beloved by ocean buffs, surfers, scuba divers and the local communities. The purpose of the Expedition is to shine a light on the beauty of this region and those that are working to protect it. Thanks to jam-packed days connecting with Mexican policy makers, examining the health of local ecosystems and powwowing with marine scientists, we have much to share, including plenty of visual media. Check out the heartwarming greeting we received from a curious sea lion above. How’s that for southern hospitality? (Did you know sea lions like to nibble on your flippers? True story).

The expedition was led by Mission Blue founder Dr. Sylvia Earle and Kip Evans, Director of Expeditions, and the crew roster included Mission Blue Board Director Shari Sant Plummer, marine scientists and conservationists Dr. Octavio Aburto and Mr. Lorenzo Rosenzweig Pasquel, as well as honored Mission Blue guests and local policymakers. You can see them all above at a high level meeting with Alejandro de la Mazo, director of CONANP, the Mexican agency that oversees the country’s environmentally protected areas. While discussing marine conservation with Dr. Sylvia Earle, he revealed that his current goal was to protect 10% of Mexican waters and then increase to 20%. That dovetails very nicely with Mission Blue’s goal of protecting 20% of the ocean by 2020 — hats off to Mr. de la Mazo! This important meeting was organized by Mr. Pasquel of FMCN, a conservation group in Mexico doing an immense amount of good work protecting Mexico’s natural areas.

The Gulf of California is a 700-mile long narrow sea between Baja and mainland Mexico, and one of the worlds richest and youngest seas. It was declared a UNESCO World Heritage Site in 2005 due to its prolific biodiversity and biological productivity. And that was a good call on the UN’s part: the Gulf is home to over 800 species of fish, 2000 invertebrates, as well as whales, dolphins, sea turtles and sea lions. The area includes 256,000 hectares of mangroves, 600,000 hectares of wetlands and 70% of Mexican fisheries. This biological proliferation attracts over 1.5 million visitors every year. The landscape is a visually arresting combination of reds, browns, teals and blues.

One incredible sight in the Gulf of California are the mobula rays, also known as “flying rays.” We caught a huge group of them leaping out of the water just as the sun was setting behind the spine of Baja. When Dr. Sylvia Earle was asked why they jump, she smiled and said simply “Because they can. What fun!”

The Gulf was formed as a result of continental drift, the interaction of the floor of the Pacific Ocean and the North American plate, forming 3-4 millions years ago, when Baja split off from mainland Mexico. It is a spreading zone, a bursting open at the seam that creates deep basins that produces nutrient-rich cold water upwellings that bring great biological diversity and productivity to the region. With the Colorado River Delta at the head of the Gulf of California, the basins get deeper as you go south and consist of alternating plankton and clay layers. The Gulf is home to the deepest hydrothermal vents in the Pacific Ocean at 12,500 feet. These were actually just discovered.
The deep waters of the Gulf of California are thankfully heretofore untouched by industrial fishing. Those efforts are mostly concentrated along the shallower pelagic zones and pull in massive catches of shrimp, sardines and other market fish. Great damage caused in recent decades due to fishing of shrimp, sardines, squid, tuna, and Mexican “panga”. Seabirds are challenged by the drastically reduced food supply caused by humans plundering their staple foods such as sardines. Many species have been overfished, such as tuna, sea bass, grouper, yellowtail, shark, marlin, scallops, lobster, snapper, shrimp and halibut have suffered steep declines in the last 50 years.

Entanglement in fishing nets is also annually killing dozens of vaquitas, the world’s smallest porpoise that lives only in the North of the Gulf of California. This is especially troubling news when considering fewer than 100 remain in the wild. When we asked local marine conservationist Lorenzo Rosenzweig Pasquel about the prospect of the vaquita, he simply shrugged his shoulders. It’s not looking good. What was unexpected was to not see a single shark. That is a serious sign of a marine ecosystem out of balance. Dr. Earle remarked that, when she dived here 30 years ago, the waters were teeming with great swarms of hammerheads. Now, nada.
Mission Blue designated the Gulf of California as a Hope Spot, because if properly protected, it can rebound and be a source of biodiversity and productivity that can help lift the ocean out of the steep decline of the last half century.

Stay tuned for more Expedition coverage including assessments of the recent hurricane, the state of Marine Protected Areas in the Gulf of California, the successes of Cabo Pulmo marine reserve and much more. 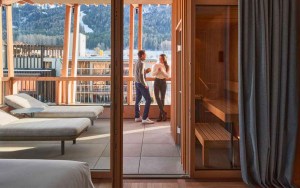