Maybe it’s due to the spectacular views of the Amalfi coast which can be seen from the Terrace of Infinity in Villa Cimbrone, where behind an unexpected parade of marble busts the deep blue of the sky. Or maybe it’s is because of the perfume of flowers that you can breathe walking through the Enchanted Gardens of Villa Rufolo, in the heat of the sun that lit red and orange the Avenue of the Immense, or even for the bracing air that smells of salt and citrus,  fact is that Ravello has always been one of the most charming, loved and sought after by travelers of all ages.

It is no coincidence that Richard Wagner stayed here and Arturo Toscanini, Virginia Woolf and well Greta Garbo and Humphrey Bogart, Gina Lollobrigida Toto, and Jacqueline Kennedy Onassis. But already the named Boccaccio in his Decameron when he wrote that “… the most beautiful part of Italy … a coast … covered with little towns … gardens and fountains … including these cities It is one called Ravello “Ravello and is the protagonist of one of the finest novels, Landulf Rufolo: noble by birth, by choice pirate, shipwrecked for fortune and finally, for skill and good fortune, happy owner of an immense treasure.

Perched on a rocky hill, an ideal place for the defense, Ravello enjoys today, precisely because of this his prodigious protruding position on the infinite abyss blue, one of the most charming and seductive views of the Amalfi Coast. You will fall in love immediatly: walking by the cobbled streets of the small town center, among craft shops, bars and pottery workshops, starting from the Cathedral Square where stands the Cathedral of the town, construction of the eleventh century by the famous bronze portal and from the pulpit supported by six spiral columns. Do not miss the charming Villa Rufolo, seat of the now historic Ravello Festival, which, with its gardens, architectural shapes, scents and colors, embellished with fountains and exotic plants, and halfway between the medieval and Moorish, was the place that inspired Wagner’s second act of his Parsifal. No less spectacular is the eclectic Villa Cimbrone with its entrance all’edenico natural balcony surrounded by cypress sculptures, fragrant roses, wisteria rain and statues of Roman gods. 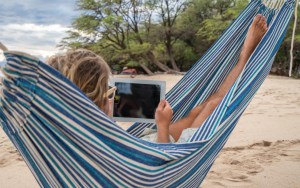